How Life’s Speed Bumps Broke My Heart, But Now I Can Rise Up

Friday November 16, 2012. After months of my eating healthy and walking for fitness, I am participating in a 5K today. I register at 3 and walk and run at 5-ish. Although it is called a run, I will no doubt only run a small portion of it. I still get really self-conscious and tired if I run. But if I walk fast (well, fast for me—at about 4.8 – 5.0 MPH) I feel empowered. It is a good feeling.

To just enter and complete this, in public, is a big deal. I have not done that before. I am an odd combination of timid and bold.

Part of my speed bumps over the years have come from people I know making fun of my efforts. Some of them mean no harm, or that is what I believe. But just the same, it made me self conscious. When I have gone to a lot of trouble to do something, and it is belittled it is tough. Others actually enjoy being cruel, demeaning, and nasty. 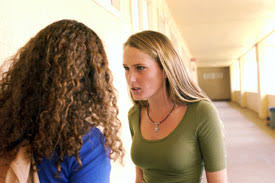 When people did not think I could succeed at something because of a shortcoming I have or a deficit I have or because I am different in a crucial way ~ I believed them. As a result, I couldn’t succeed. I believed yet another path was closed. I got scared and backed away, because I felt so bad from the belittling. When they said that I wasn’t so bright, or was rather plain, or kind of a spaz, and they laughed, I laughed, too. On the outside. But it wasn’t funny. It took me by surprise, because the source was invariably someone I thought was close to me.

I do not say that as a ploy for sympathy, nor do I say it so that I can say “well they mean well. Or it says more about the other person than me, etc”. Rather, I say this: as a result of wanting to avoid teasing, belittling, rejection, hurt, I hid ME. That was the speed bump. Early in my marriage, when I found out I had a genetic defect and had neurofibromatosis, I hid me as well.(Speed bump).  I believed then that it meant I just wasn’t good enough anymore. (Speed bump). Why? Well meaning people either told me that I did not actually have those things….and other people told me that these things meant that all my plans and dreams for children etc should be changed. 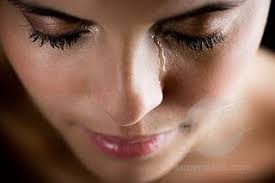 Both reactions broke me. They broke my heart. The message I received was that I was now and forever would be worthless.  So I hid me. Yes I did. I hid me, determinedly, behind an extra 75 pounds. I hid me when others rejected me, left me out, or left out my son. I hid me when they gossiped. I hid me when people had time for anything but me. I hid behind the weight. I became unrecognizable to myself, in order to move through the day. Of course, it did not stop the preconceived notions that others had of me, nor did it stop the passive aggressive actions of others.

When I told people that at one point I had been a career-minded hot shot, or about my education, or that I had been a high school ballerina, or a speech team gal—they would, literally, look at me and say “really?” in a completely disbelieving tone. Again I would go ever deeper into hiding. It was obvious what slot they had me in.

Then this year it happened. I had had enough of feeling as though I was overlooked, and that everything and everyone else came first. I knew I mattered to God. I knew I make a difference. I could look that big bad wolf who was blowing in my face and say BOO right back. I would resurrect my inner self. I started taking care of myself, eating right, exercising, and stopped self medicating with sweets and junk food.

Now, I do not know what I expected, really. Mostly I wanted to prove to myself that my true authentic self (brave, fit, and full of gumption) could be on display all the time, not just here in my blog. Some of the ones who had been belittling and dismissive are still the same way. Which of course, speaks volumes. But you know what? That part is kind of a relief. It tells me that with those particular people, it was never about my weight, looks, fitness, abilities, measuring up, or anything else.

They just plain never were that into me. At least not the way I had thought they should be. But that is part of life. As I am known to say—there is not time to be best friends with every person on the planet anyway–and not every relative you have is going to see you for who you are, either. Some get it, some don’t.

But do you know what else? I realize, or should I say remember, now that I have lost all but the last 15 pounds, that I am God’s cherished Kate. He is my shock absorber when I run into speed bumps. He wipes away tears. Whether those speed bumps are on a road, or they are waves washing onto the deck of your ship, God is there to be your shock absorber, or your life guard.

Some of the ones that I still wish cherished me the way I want them to cherish me might never do that. Other things or people may always have a higher priority. But in a sense, I have moved on. Some of those people will always take a belittling strategy. It still stings—but it can’t ever make me wallow or disappear again.

That is why I say that their speed bumps no longer matter. The first encounter with massive bullying was my freshman year of college. A whole lot of ‘mean girl’ types just about did me in. the subsequent summer I went on a youth retreat with some people I never knew before. I was welcomed with open arms. Not only did they not loudly gossip about me behind my back but within earshot, they called me, in all sincerity The Queen of the Nile. We had canoe races, and they put me in the middle to be the Queen.

They called me little sister, as some of the guys were my age or a bit older, and big, tall, and strong. I was safe, protected, loved. I never forgot that feeling. so over the years, when rejection and sorrow happened, I hid. But the fitter I get, the more the Queen of the Nile returns.

So today, when I am strutting it out on my town’s 5K, each step will serve to let the Queen in me walk freely…..while the shattered shell of the woven chrysalis is left behind….to the best of my ability.

I love to write, I love to talk, I love to uplift people when I can. I am a woman in love with life. I am a wife, mom, tutor, writer, and I am a perennial optimist. (OK not every single minute but you get the point! :-)
View all posts by Kate Kresse →
This entry was posted in Bullying and tagged 5K, bullying, exercise, Faith, God, inspiration, Life, speed bumps. Bookmark the permalink.

15 Responses to How Life’s Speed Bumps Broke My Heart, But Now I Can Rise Up